Nice to Meet You!
Josh Thomas is an entrepreneur, speaker, business consultant, and podcast host. 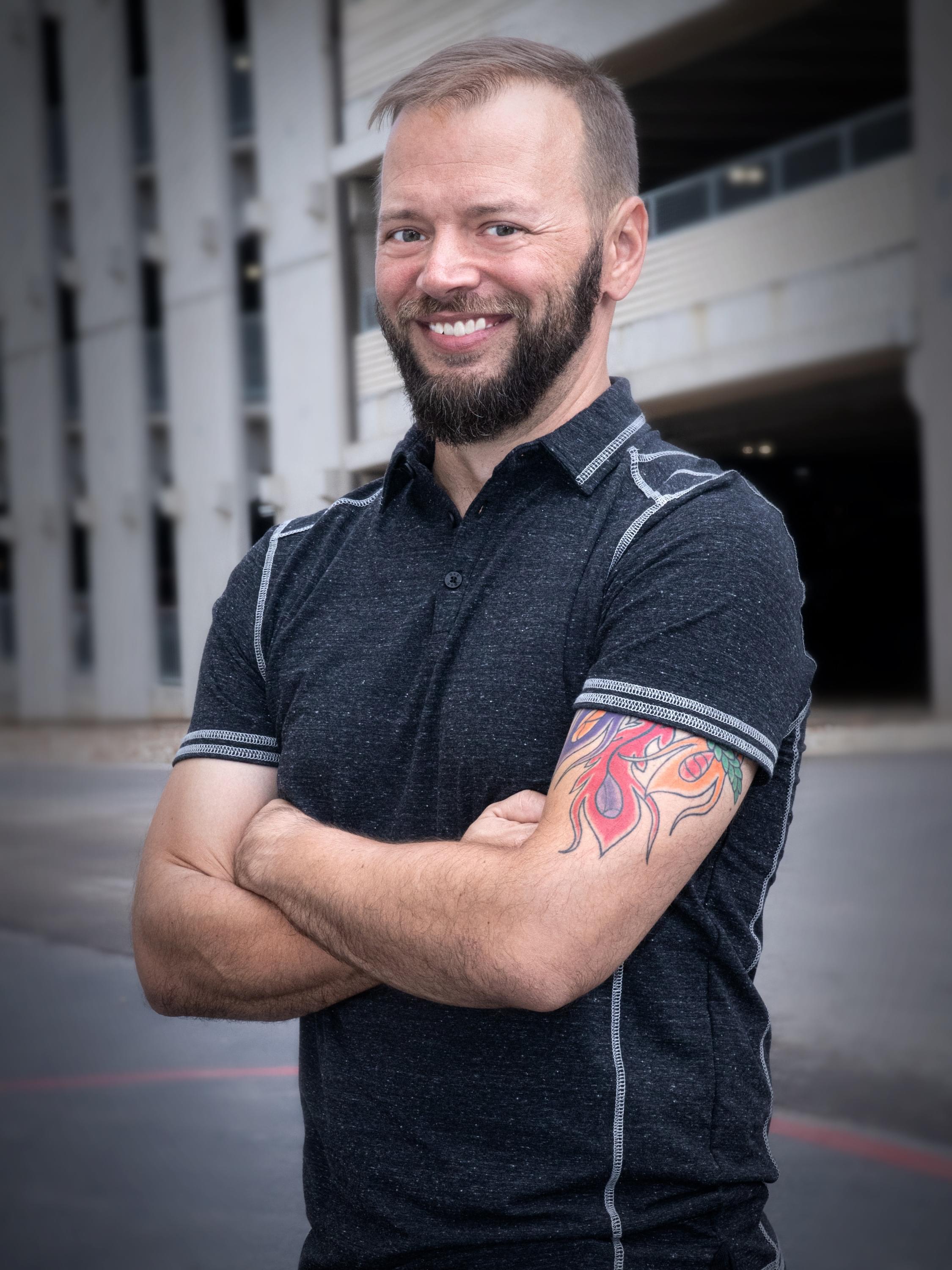 Why are you here?

You're probably wondering what you need to do to get ahead in your business and break through that barrier in front of you right now. Maybe you realized that you'll never get there with “more hustle” alone, and you're wondering – is there a way for me to just get more stuff done in less time?
The good news is that the answer is “Yes!”

MY MISSION IS TO SHOW YOU HOW YOU CAN REACH SUPERHUMAN LEVELS OF EXECUTION IN LESS THAN 3 MONTHS.

It may not be in the way you think (no this doesn’t involve performance enhancing drugs weirdo) – it's actually related to two very simple concepts....mindset and leverage.

I already hear you saying “That's great, Josh, I've heard that before, but I don't need any more buzz words or pep talks. I need action”. The truth is, you’re right. You DO need action. But you need what I call deliberate action. Only deliberate action will create exponential results. And fortunately, once you understand what this is, you’ll be able to apply it in MINUTES – even if you’ve been stuck where you’re at for years!

My mission (and passion) is to show people how they can break free from the shackles of their current business structure and create the life and career they want in a very short period of time.

I’M A FULL-TIME ENTREPRENEUR, SPEAKER, PODCAST HOST, AND INVESTOR. I’M PASSIONATE ABOUT HELPING OTHERS BECOME SUPERHUMAN IN 3 MONTHS OR LESS BY BUILDING SYSTEMS AND PROCESSES THAT HELP YOU GET MORE STUFF DONE IN LESS TIME.

Through my company, Results on Demand, Inc., I have assisted more than 2500 business owners and entrepreneurs from 30+ industries across 6 continents. My primary role has been sales and marketing consulting, with a strong focus on high profit generating activities, such as masterminds, mentorships and coaching programs.

On the investment side, I invest in multi-family apartment buildings and syndications as both a passive and active investor, with a direct stake in nearly $10 million in assets and, through various partnerships and connections, access to nearly 10,000 units actively under management.

I’m the host of the popular podcast, “The Do Zone”, former host of the now retired “How To Lose Money” podcast, and I contribute regularly to thought leadership in the entrepreneur space across my social media profiles. I’m also a proud member of The Apex, a mastermind group by Ryan Stewman.

I live in Austin, Texas and have a kick ass teenage daughter who’s into anime. A former professional musician, I’m a sucker for the arts and I love to travel. My current goal is to visit 25 countries in the next 5 years. Also fully bilingual (Spanish).

BECAUSE OF MY EXPERIENCES AS AN ENTREPRENEUR AND CONSULTANT FOR MANY UNIQUE BUSINESSES, I AM CONFIDENT THAT I CAN HELP YOU BECOME BETTER AT WHAT YOU'RE ALREADY DOING IN LESS TIME, WITH LESS EFFORT THAN EVER BEFORE.

I'M AN ENTREPRENEUR AT HEART, BUT IT TOOK ME A WHILE FOR ME TO FIGURE THAT OUT.

I have a degree in music and after several years of working as a music teacher, I took the leap and quit my comfortable salary job to get my real estate license. There was only one problem...it was July of 2008.

At the time, I knew literally nothing about sales or business and suddenly I was thrust into the grind during the absolute worst possible real estate and financial crash of modern history. It sucked. I sucked. I had absolutely no clue how to make money on my own. There were times where I honestly believed that I was just not cut out for entrepreneurship, but certainly the market conditions played at least a minor role in that struggle.

So when real estate wasn’t the answer, I turned to the internet. Someone recruited me into a network marketing company and I set out to learn how to build a business online, since I didn’t want to be that creepy guy in the book store asking people if they’re “keeping their options open for extra income”. Soon after, I gave up the MLM dream because I was enamored with internet marketing.

This rabbit hole led to lots of learning and skills development. But it did not lead to money. With my real estate license lapsing, and my inability to make money online, I was forced to get a job. The only place I could find a job during this trying time was at a call center. So I took a job selling precious metals. And that’s where I met a gentleman named Nate Brooks, my very first sales trainer. Nate and I are still friends to this day. He taught me everything I needed to know in order to be successful at sales. This one relationship, a chance meeting, set the stage for the rest of my career arc over the next 10 years.

From there, I built up sales skills and leveraged my way into a sales position with one of my idols at the time, Perry Marshall. Perry was a business consultant and internet marketing expert and in the early 2010’s was probably one of the most popular and prolific thought leaders in the space. I spent the next 6 years working directly under him, gleaning knowledge and skills that would have easily cost hundreds of thousands of dollars to obtain if I weren’t on the inside.

Through this position, I was introduced to Paul Moore, a real estate investor who wanted to start his own podcast. I convinced him to let me cohost it and even came up with its name, the now infamous “How To Lose Money” podcast. We did this together for the next 4 years and hosted a whopping 238 episodes!

After my time with Perry ran its course, I finally felt confident that I could strike out on my own, and this time actually have the tools to succeed. I took a temporary partnership with a friend who needed help running a crypto conference in 2018 and that event was a huge success, but I was looking for something a little more substantial than one offs.

By chance, I reconnected with one of my former podcast guests, Michael Blank in May of 2018. We decided to work on a small project together for a few months. And well, several years later, we have built a multi-million dollar juggernaut that is turning the real estate education industry on its head!

After speaking with more than 2,500 entrepreneurs about their goals, challenges, and frustrations, I realized that I was being called to contribute and lead in a more meaningful way.

This is why The Do Zone was born.

With all of the conversations I’ve had over the years, I started to see some similarities. Some common threads, if you will. It seemed very obvious to me that nearly everyone was suffering from the same small handful of setbacks and challenges. But when I started talking about it, I realized not everyone could see what I could see.

So I set out to change that.

My goal is to make entrepreneurs productive again.

Other things you may not know about me:

I’m originally from Kentucky and studied music education at the University of Kentucky. I am fluent in Spanish (although I’m totally gringo) and thoroughly enjoy Latin American culture. I bought a guitar a few years back and am capable of scratching out a handful of chords for folksy type songs and I’m not the world’s greatest singer. Decent drummer though. I’ve spent extended time in multiple countries and have a goal of being completely nomadic at some point in my life. Until then, invite me somewhere cool. I’ll probably come!

If you have any questions email us to support@thedozone.com

Copyright 2022 The Do Zone. All rights reserved.